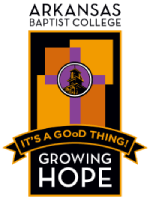 History of the College

Arkansas Baptist College, originally named the Minister’s Institute, was founded in 1884 by the Colored Baptists of Arkansas during their annual convention at Mount Zion Baptist Church in Little Rock. The primary objective of the institute was to raise the educational level within the Negro Ministry.The secondary objective was to aid the state in making higher education available to young Negro men and women. Most of the College’s students were trained in the ministry. Today, Religious Studies continues to be one of major disciplines of matriculation into the College.

In April 1885, the name of the College was changed to Arkansas Baptist College and the location was moved to 16th and High Street. The current address is 1600 Dr. Martin Luther King, Jr. Drive.

The College is the only Baptist-affiliated Historically Black College west of the Mississippi and has a student population close to one thousand from all across the United States.  Founded in 1884 as the Minister’s Institute, the College continues to be supported by the Consolidated Missionary Baptist State Convention. 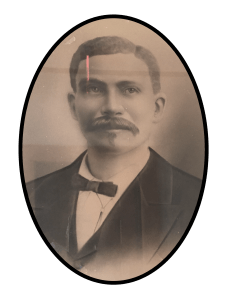 Arkansas Baptist College prepares students for a life of service grounded in academic scholarship, the liberal arts tradition, social responsibility, Christian Development and preparation for employment in a global community.

Arkansas Baptist College seeks to become a leader in Christian based higher education where students are lifelong learners, seeking and building the Kingdom of God, engaged within their communities, and gain employment in industries that are changing the world.

We use cookies on our website to give you the most relevant experience by remembering your preferences and repeat visits. By clicking “Accept All”, you consent to the use of ALL the cookies. However, you may visit "Cookie Settings" to provide a controlled consent.
Cookie SettingsAccept All
Manage consent

This website uses cookies to improve your experience while you navigate through the website. Out of these, the cookies that are categorized as necessary are stored on your browser as they are essential for the working of basic functionalities of the website. We also use third-party cookies that help us analyze and understand how you use this website. These cookies will be stored in your browser only with your consent. You also have the option to opt-out of these cookies. But opting out of some of these cookies may affect your browsing experience.
Necessary Always Enabled
Necessary cookies are absolutely essential for the website to function properly. This category only includes cookies that ensures basic functionalities and security features of the website. These cookies do not store any personal information.
Non-necessary
Any cookies that may not be particularly necessary for the website to function and is used specifically to collect user personal data via analytics, ads, other embedded contents are termed as non-necessary cookies. It is mandatory to procure user consent prior to running these cookies on your website.
SAVE & ACCEPT