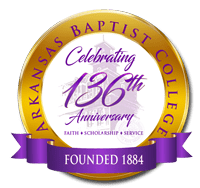 Office of the President

During her tenure with Blue Cross Blue Shield, which spanned over 40 years, she worked in several management roles and had executive oversight for the “effective operations and financial activities of Medicare Programs, including Medicare Part A and Part B in several states; private business and CHAMPUS.” Prior to that, she worked for the Federal Bureau of Investigation in Washington, D.C.

Additionally, Favors taught as an Adjunct Professor at her alma mater from 1986 to 2004, extending educational opportunities and careers to students of Arkansas Baptist College. She also taught at Philander Smith College and at Webster University.

Favors has been an engaged member of the Arkansas Baptist College Board of Directors and has served on 30 plus other boards including the University of Arkansas Pine Bluff Foundation, Cooperative Baptist Fellowship of Arkansas Coordinating Council, the Quorum Court of the Pulaski County Public Facilities and the Achieving Leadership Institute, in Dallas, Texas. She is a member of the National Association of Professional Women and was a member of the North Little Rock Chamber of Commerce. She also served on the Arkansas Lung Association board of directors where she received a national military guard award for her philanthropist work. In 2011, she received the Trailblazer Powerful Business Women Award and was featured in the AY About You magazine.

Favors earned a Bachelor of Science degree in social studies from Arkansas Baptist College and has a Master’s degree, with an emphasis in Education, from Ouachita Baptist University. She also completed the Duke University Executive Program, is a Certified Health Insurance Executive and has certifications from numerous professional organizations. She and her husband, Daniel L. Favors, are the parents of two adult children and proud grandparents of two. The Favors’ are members of Concord Missionary Baptist Church, in Dallas, Texas.

Favors raised in Jonesboro, AR., is the daughter of the late Dr. W. O. and Mrs. Hermine Lindsey, both graduates of Arkansas Baptist College. Dr. Lindsey served as a trustee for many years, was Secretary of the National Baptist Convention, editor-in-chief of The Vanguard, and pastor of Emmanuel Baptist Church; which was a long-standing and active resource for Arkansas Baptist College. Additionally, Mrs. Lindsey volunteered as a Librarian, worked with the Kiddie Kollege, and served as First Lady of Emmanuel. Both instilled the Buffalo tradition in Favors and were active alumni until their passing. 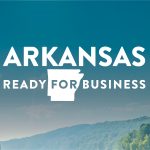 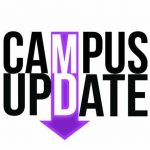 Office of the President

Book for an Event

Request for the President to speak or attend an event

Make an appointment with the President

Any cookies that may not be particularly necessary for the website to function and is used specifically to collect user personal data via analytics, ads, other embedded contents are termed as non-necessary cookies. It is mandatory to procure user consent prior to running these cookies on your website.